The Warre Bee Hive was developed specifically to be a homestead hive. Abbe Emile Warre of France spent the early 1900’s experimenting with over 350 different hive designs and methods to produce the Warre.  He named it The People’s Hive, but over the years it became known as the Warre Hive. The hive is making a resurgence on homesteads around the world, partly because of the current crisis in the beekeeping industry today.  Even in his lifetime, Emile knew well of the framed commercial hives, their challenges, the level of investment and intensive management they needed.  He was also aware of the life style of the 1,000’s of single family farms in his region of the country.  Many of these family farms were the definition of homesteads.  Many were off the grid, everything thing the family needed was grown or made on the farm.  What they couldn’t grow or make, they would obtain by selling or trading surpluses from the farm.  He wanted to develop a hive that fit into the homesteader’s lifestyle. The hive had to be easy, inexpensive to build and require minimal addition to the sun up to sun down chores on the farm. Emile also cared enormously for the health and well being of the bees themselves.  Spending many years he worked a fine line making the hive the best of both worlds.  He summed up his objective in developing the hive as simply- “Happy Bees and Happy Beekeepers”.


Basically the way the hive is designed and managed it emulates the natural behavior of honey bees in the wild.  When a wild swarm finds a tree hollow, it begins building comb at the top of the cavity.  The queen lays eggs in the new comb, she will follow the newly built comb down.  As the eggs hatch and new bees emerge above, the bees will start putting honey in the empty comb.  The downward progress of building new comb, laying eggs, new bees emerging, and storage of honey continues until fall.  When it  becomes cold, the queen stops laying eggs, the bees stop collecting honey, and they form a cluster for warmth.  This cluster will slowly move up the comb during the winter living off of the honey stores.  Come spring they will begin the same process down again.  The Warre hive management method of keeping bees allows the bees live in the hive in this same natural process. Emile wanted the bees to be bees, naturally as they have been for millions of years. The hive requires less management then framed hives.  It also lets the keeper harvest honey and wax easier with minimal intrusion into the hive.  Emile perfected a hive that as closely as possible imitates the natural behavior of honey bees and still allows the keeper access to the extra bounty of the bees.


The complete hive consists of the floor, or bottom board, 4 identical boxes, each with 8 bars inside, a condensation box, also referred to as a quilt, then the roof.  The Warre has been described as a vertical Top Bar hive because it has bars instead of frames, but the similarity ends there.  The management style of Emile’s hive makes it even easier to keep bees then the Top Bar.  A new hive is started with 2 of the 4 identical boxes with a swarm or package of bees.  The new colony starts in the top box and as in the wild begins building comb and moving down.  When they have the second box nearly filled with comb, the keeper places a 3rd box under the first two.  When the bees have filled 3 boxes by fall, the top box is usually filled with honey and is removed as harvest.  The colony will winter well in two full boxes under usual seasonal conditions.  Then in the spring another empty box is placed under the two that wintered over.


I could never give more information for getting started with Warre beekeeping in this article then you can get visiting these websites.

They are dedicated completely to the Warre hive, providing detailed free plans for constructing a hive, caring for the bees, and much more.  My advice to new keepers is to build your Warre just as the plans and instructions indicate on this site.  Sometimes it is hard to resist changing and redesigning as one is building their hive.  One does not have to be an experienced carpenter to build a hive.  Minor inaccuracies in construction make little difference to the bees. They will not be overly affected by slightly out of square or a fraction of an inch difference here or there.  I also would highly recommend joining the Warre Yahoo group at http://uk.groups.yahoo.com/group/warrebeekeeping This site will give you the opportunity to read from experienced keepers around the world and ask questions about your Warre hive.  It is an excellent source for information, support and is a very friendly group.  Just a side note about this site- the picture of the Warre hive on the home page of this group is one of my personal hives.


I live in the Pacific Northwest, Washington State.  Bees have been an important part of my farm for many years.  I keep bees in Top Bars, Langstroths, and Warres.  The Warre is my favorite, it is the easiest of the three styles of hives and there is just something magic about the Warre colonies.  Watching the bees living naturally as they have since the beginning of time, I feel the Warre isn’t just a bee hive it is a bee home.


Keeping bees isn’t easy.  Like caring for any kind of livestock it requires a certain level of knowledge and effort.  It is easier to keep bees in a Warre then a commercial hive, it is designed that way.  This hive is not the answer to the challenges of industrial beekeeping, that is not its purpose.  It was created specifically for the homesteader. 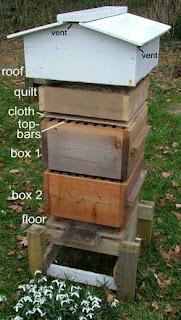 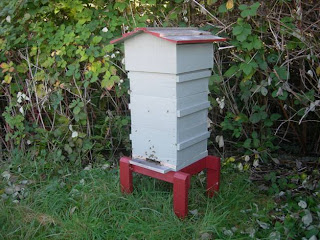 Update:  New Warré Hive Forum is open for business!
Posted by Jon Ferguson at 5:26 AM 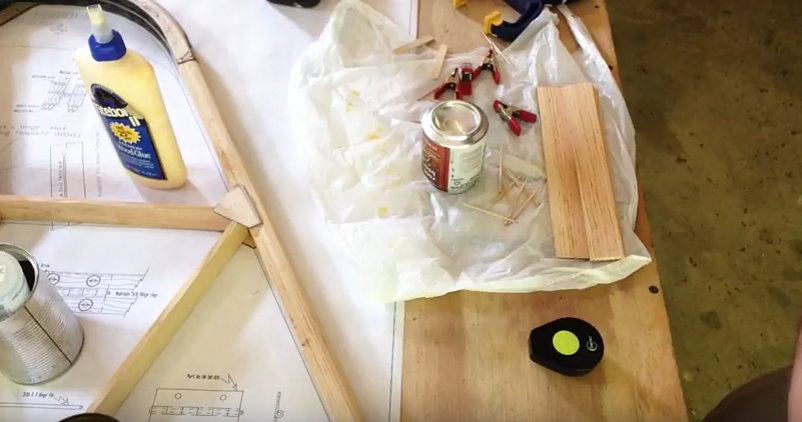 Join Jon as he builds a wood airplane.

The Writings of Jon blog features my many and varied interests such as science fiction, aviation, military history, and beekeeping. I also am an avid how-to writer. This blog is written to be more like a web based magazine and I would like to think that any blog entry on here could be published in a magazine. I endeavor to give the highest quality content.If you are a publisher, literary agent, or writer and would like to either use my content or post your own content here please send an email to: